Initially I just wanted to brush up on my 3D modeling skills and try out MODO 801 as an alternative to using MAYA. This project, however, kept growing as I moved forward and it became a great learning experience for me.

Modeling, Rigging and Texturing:
The LEGO truck was modeled in MODO 801 using Subdivision Surface Modeling techniques. The truck was then rigged to provide accurate wheel rotation and suspension when animated and lastly, textures and shading were added to make it look realistic.

The idea, Animation and Rendering
With the truck finished I thought it would be cool to make a small commercial-like video. I looked closely at the look and feel of different car commercials to figure out what kind of camera shots they used, their timings and visual language in general. I created a storyboard for the commercial and animated the required scenes in MODO. I also learned how complicated rendering can be, but after messing with a ton of settings and watching various tutorials I got a good understanding of it.

Compositing in After Effects
All of the scenes were composited using After Effects. For some scenes it was enough to do a single render-pass in MODO, but for others I had to render alpha, depth and motion-vector passes. This provided more power and flexibility when compositing and adding effects in post production.

Camera Tracking
The last scene was quite ambitious. I wanted to use the truck in a real life shot – to make it drive across my terrace and crash into a bucket. I used the camera tracking features in After Effects to get the camera motion data into MODO. I then created a 3D scene with shadow catchers and different 3D objects for casting shadows etc. onto the truck. The truck was then animated and everything was rendered out and added back into After Effects where I composited the scene and added light/shadow/motion blur effects.

I worked on the scene until I thought it was “good enough”. A lot more could have been done, but I simply had to stop at some point and wrap it up.

Wrapping up
The final scenes were exported from After Effects and gathered in Premiere where I also added my own music and sound effects – and some final color and clip-animation adjustments. 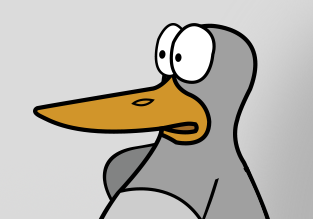 GrabEm Artwork and Game GrabEm was one of my first attempts at making a Flash game (in 2000). I created… 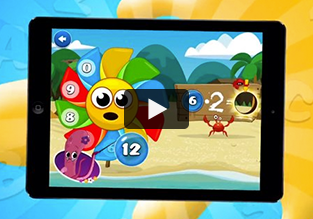 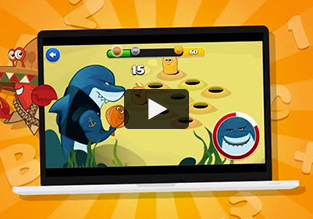 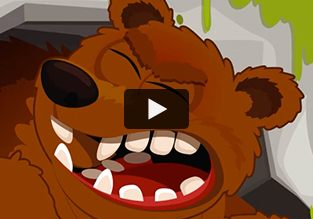 Bjørnen Sover For the childrens app "Syng og Lær med Babyklub" I created four song videos. This one is for the…

Copyright Kenni Dahlgaard Mortensen - All Rights Reserved
Back To Top